The best marketers will be upping, not cutting, their budgets 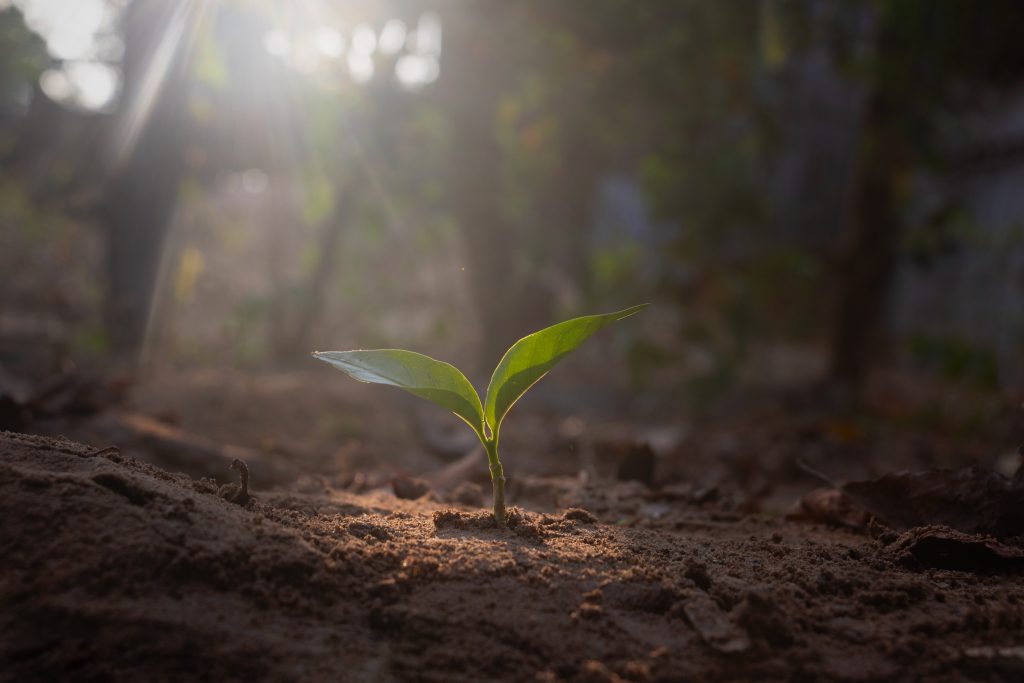 It may seem like a paradox, but recessionary periods actually provide fertile grounds for marketers to grow their brand’s market share if they’re prepared to think long-term.

Roland Vaile completed his Masters at Harvard in 1924. It would be a quarter of a century before the young Californian, along with fellow marketing legend Reavis Cox, would publish the masterwork Marketing in the American Economy. For now, the 25-year-old was building his reputation and had headed West to become an associate professor at the University of Minnesota. Vaile wasted no time taking his Masters dissertation and publishing it in the Harvard Business Review.

He was lucky. Graduating from Harvard after the Depression of 1920 and 1921 meant that he was looking for a job just as the economy started to boom again. The 18-month recession, caused by the economic hangover of the First World War, also provided rich empirical territory to explore Vaile’s life-long obsession with advertising and its impact on the economy.

Vaile had spent his year at Harvard following the fortunes of 250 firms. Using secondary data and an occasional survey, he followed these companies through the recession and into the growth period that ensued. Tracking both advertising investment and annual revenues, Vaile was able to divide the firms into three groups: those that did not believe in advertising, those that cut back advertising during the Depression and those that increased it.

His results demonstrated that companies that increased their ad budgets during the recession grew sales much faster than their rivals – not only during the downturn but also beyond it. Companies that decreased their advertising spend saw their sales decline both during the recession and then for the following three years. In relative terms, these companies actually underperformed even those that elected to do no advertising at all.

It was the first proper analysis to demonstrate a key lesson in advertising theory: the power of increased advertising in a recession. It was certainly not the last. In fact, over the subsequent century dozens of empirical studies re-confirmed Vaile’s main finding. Despite studying different firms across very different recessions, each study revealed that maintaining or even increasing ad spend during a downturn is invariably the right thing to do because it sets a company up to survive the downturn (a little) and then prosper (a lot) in the period that follows.

The great advertising thinker Stephen King observed exactly the same pattern in some of his last work. Working with fellow WPP scholar Alex Biel, King examined the performance of 390 firms listed on the PIMS (Profit Impact of Marketing Strategy) database during recessionary periods. The authors divided their sample into companies that decreased ad spend, increased it by less than 20%, or increased it by more than 20%.

Sure enough, the pattern Vaile observed all those years earlier was once again apparent. The companies cutting their ad spend did not lose share during the recession. The exit and extinction of competitor firms meant that simply staying in the category garnered a small growth in market share of 0.2% on average. But these companies did not see any increase in profitability from cutting back on their advertising either. “Cutting advertising spend to increase short-term profits,” the authors conclude, “doesn’t seem to work”.

Companies increasing ad spend by up to 20% saw an average share gain of 0.5% and those that increased beyond the 20% threshold recorded average gains of 0.9%.

Crucially, Biel and King note that these share gains slowed down dramatically once the recession ended. Like a game of musical chairs, the time to move about is while the recessionary music is playing in the background. Once that music stops and the economy improves the chance to improve your position curtails significantly. In Biel and King’s research most of the market share gains were achieved during the recessionary period and then maintained during the growth that followed.

Why is a recessionary period such a paradoxically fertile period to grow market share? For the answer we must head to Southern California and renowned marketing professor Gerry Tellis. In an unusual but delightful move, Tellis worked with his – then undergraduate – son Kethan on a paper for the Journal of Advertising Research.

The father/son duo examined more than 40 empirical studies of the impact of advertising on sales during and after a recession. They started with Vaile’s research and included studies from all over the world and across every significant recession since 1920. It’s a fantastic piece of scholarship and worth quoting when the authors reach one of their main conclusions:

From Research on Advertising in a Recession: A Critical Review and Synthesis
by Tellis and Tellis

It’s a paragraph that every marketer should tattoo across their chest as we hurtle into a Covid-19 recession. When the strange epidemiological crisis that currently engulfs us eventually comes to its bitter conclusion, we can expect an equally serious and probably more enduring period of economic pain. With unemployment rocketing, government investment at all-time highs and an economy in free fall, we must prepare for the Coronavirus Recession.

For most that will mean an immediate reduction in advertising spend. It may be that a marketer will sanction these cuts themselves given the downturn in demand. More likely, however, is that their superiors at the executive level will inform them that the advertising budget has been cut or eradicated completely.

Most estimates suggest advertising investment is likely to be reduced by between 30% and 60% over the rest of 2020 and beyond. Marketing Week’s latest survey suggests that around 90% of marketing budgets have been delayed or are under review.

Why brands need to think long-term amid the coronavirus pandemic

That’s terrifying news if you work in advertising, media or marketing services. But it will be music to the ears of a small bunch of superior marketers. A select few are preparing a tactical move that could set them and their brands up for the next decade. Trained marketers know more than shit ones and this is one of those moments where it counts. Specifically, these better marketers know four very important things:

The recession is, because of points one to four, an unprecedented opportunity to increase advertising and grow market share.

The importance of ESOV

Perhaps an easier way to think about this opportunity is to frame it around the important concept of ESOV – excess share of voice. Again, trained marketers will now nod their heads while untrained ones will shift-tab across to Google. There is an equilibrium between their a brand’s share of communication in a category and the market share it enjoys as a result. For 30 years we’ve known that, all things being equal, a company with a 10% share of voice will probably enjoy a 10% share of market.

But if that company gets ambitious and doubles its ad spend, let’s say from £2m to £4m, we also know something special starts to happen. Assuming competitors do not respond, the brand’s share of voice has just doubled to 20%. That means that its share of voice (20%) is 10 points in excess of its current market share (10%). It has an ESOV of +10. If that excess is maintained, the brand will pick up around 0.5% in market share each year until the equilibrium is restored and its market share reaches 20%.

In a recession something different, but even more magical, happens. As many brands in the category pull all – or most – of their advertising spend, the relative value of maintaining an advertising budget becomes significantly more compelling. Let’s say all the companies in your category halve their ad spend, for example. Suddenly your £2m budget that was 10% of the total share of voice now doubles to 20% as a result. Market share gains then ensue.

The reason the recession is such a fertile place to grow market share has nothing to do with the downturn itself or its impact on consumers. It’s because competitors pull back and you – hopefully – do not. When Sam Walton, the legendarily savvy founder of WalMart, was asked about the 1990 recession, his reply encapsulates best practice recessionary marketing: “I thought about it and decided not to take part.”

You need most marketers to be shit for your bold recession approach to succeed.

It’s a triply smart reply because advertising through the recession keeps your brand strong during the downturn, maintains the long-term trajectory of your marketing spend and brand salience, and allows you to enjoy a window of opportunity that will not remain open forever.

As the Tellises (Telli?) note above, while your competitors might return to big spending once the recession is over, the time lag to start impacting the market combined with the now sizable market share advantages achieved by the brands that retained a larger advertising footprint during the recession make life tough for brands that cut back during the recession and very fruitful for those that stayed in the game.

The gangster move in a recession is not just to maintain the budget but actually increase ad spend. That sounds like a lunatic move until you understand ESOV and the dynamics of long-term brand building. It’s one of the smartest plays in advertising and the reason why the likes of Kellogg’s, Procter & Gamble, Lucky Strike, Toyota and Colgate all have a special chapter in their corporate museums devoted to a specific recession and the way their forebears held their nerve, increased marketing budgets, and won the decade that followed as a result.

Being a successful marketer in a recession

In their seminal 2010 article in the Harvard Business Review, Roaring Out of the Recession, Ranjay Gulati, Nitin Nohria and Franz Wohlgezogen noted that only 9% of the 4,700 companies they analysed managed to emerge from a recession in better shape than when they entered it. And one of the key hallmarks of these successful firms was a “Janus-faced” ability to cut budgets in some areas while continuing to invest in marketing and advertising.

The authors cite the American retailer Target as a prime example. During the 2000 recession, the company relentlessly reduced operating costs and tightened distribution margins while upping its marketing and sales budget by 20%. It was a formula that not only saw Target emerge from that recession unscathed, but set it up for the most successful decade in its history.

You’ve probably already been called by a nervous media salesperson desperate to convince you not to kill your advertising spend with them. What they are telling you really isn’t bullshit – even though they themselves probably aren’t convinced either. The optimum response to the recession is to maintain, and ideally increase, your advertising investment.

Unfortunately, to pull this off you require three things. You need to have some money available to spend on advertising. Then you need an executive team smart enough to know marketing is an investment or trusting enough to listen to your presentation that explains all of this to them. And, finally, you need to not be shit.

There are few things more proven in the world of marketing than the power of advertising in a recession. But we must offset that fact against another well researched statistic: many marketers don’t know enough about marketing to do their jobs well. They don’t understand ESOV, long-term effects, advertising in a recession or the lessons of marketing history that stretch back a century to Roland Vaile and a ledger of ancient businesses that have long disappeared. In a way that last sentence is not a negative one. Frankly, you need most marketers to be shit for your bold recession approach to succeed.

If you can keep your head and your marketing budget, while those around you are losing theirs, you will be a marketer my friend. And a successful one at that!